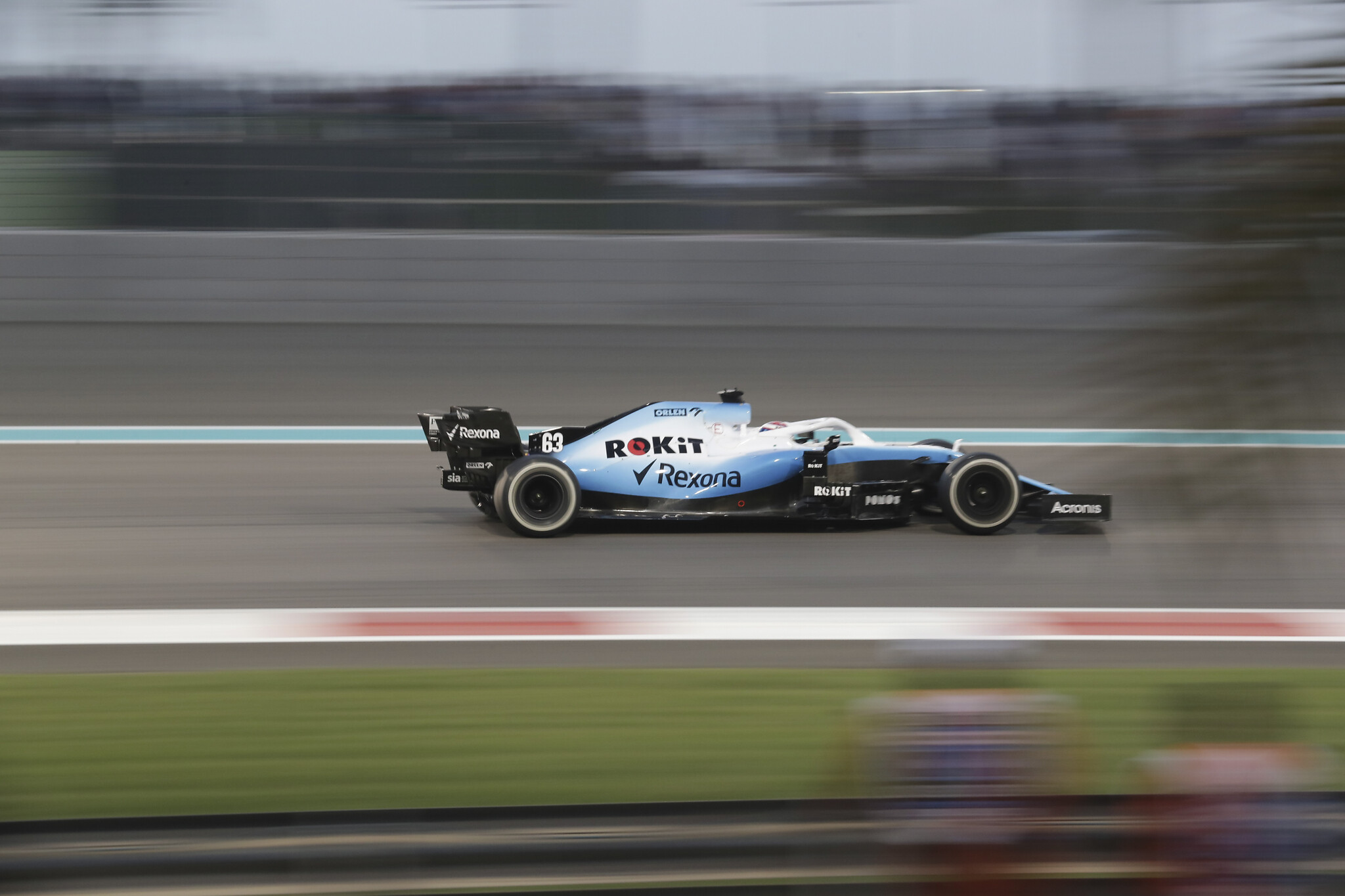 Executives from Williams were in the coastal city of Tel Aviv to present Roy Nissany, whom the British team said will be the first driver to display the Israeli flag. He will also work in the team's simulator and across the factory's departments between races to help his development.

The exact events where he will take part in the FP1 sessions have not been confirmed, but they will likely be ones that do not clash with his planned Formula 2 race programme.

As part of the deal with Nissany, the Israel Start-Up logo will appear on the FW43 for the duration of the grand prix weekends where he is running.

A Williams racing auto during the Emirates Formula One Grand Prix, at the Yas Marina racetrack in Abu Dhabi, United Arab Emirates, December 1, 2019.

At the press conference, chemi Peres, Chairman of the Peres Center for Peace and Innovation and son of Israel's former president Shimon Peres, also honored Claire Williams with the title of "Ambassador of Peace".

"The experience that I will gain this year, immersing myself with Williams will prove invaluable and I'm looking forward to getting started, both on and off the track". He will return to the F2 grid this year, which he will combine with his work with Williams.

He finished 22nd in the series in his rookie campaign. He last competed in 2018 but missed the 2019 season due to injury. Their last race win was in 2012.

Williams have retained Mercedes-backed George Russell alongside Latifi this year.

In 2014 he first tried out in a Formula 1 vehicle with Swiss team Sauber Motorsport, the statement said.

After unveiling a cycling team for the Tour de France, Israel is hoping to further boost its image through sport with the announcement Wednesday of a Formula 1 driver. "2020 will be an exciting year".