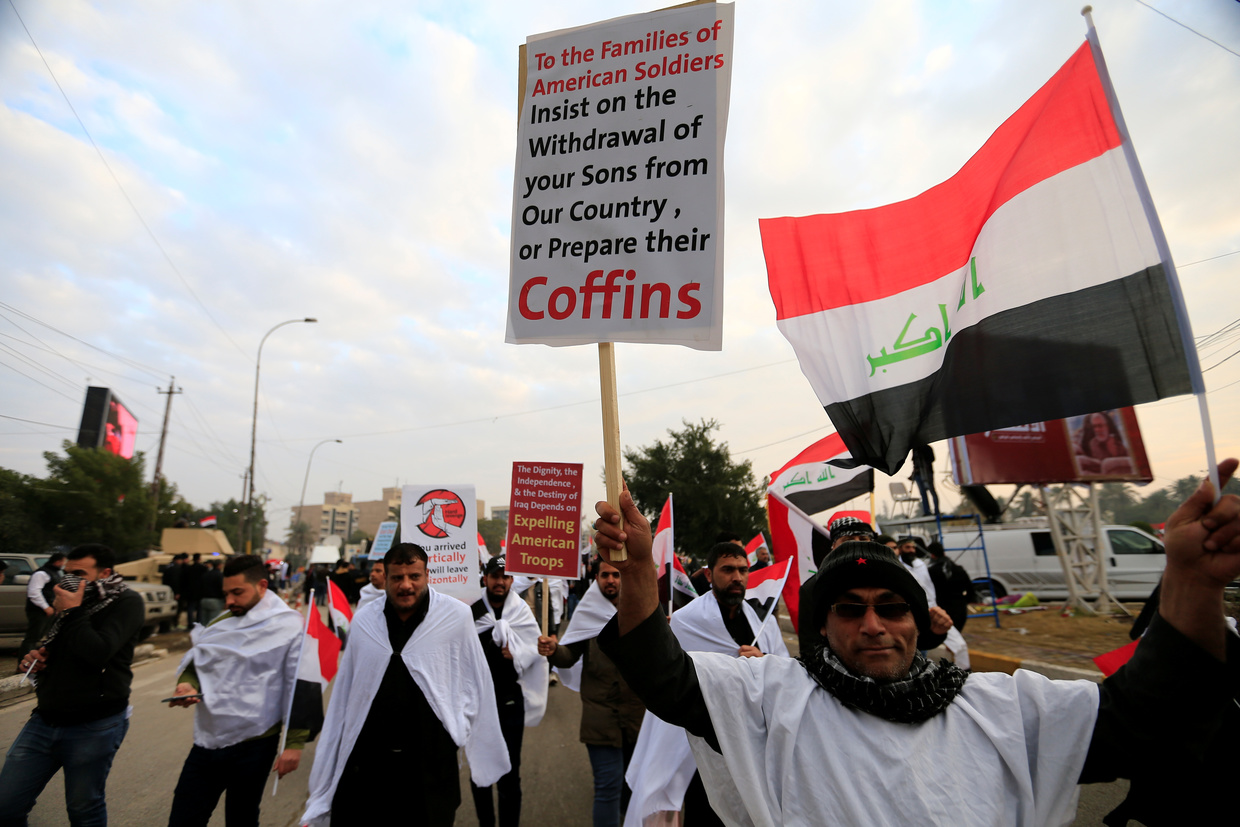 Activists said the presence of Muqtada al-Sadr's followers and his militia group had shielded the protesters from security forces and unknown groups looking to harm and suppress them.

However, with that cover gone, many in the four-month-old movement feared the worst, the Associated Press reported.

Medical sources told AFP that six protesters had been wounded, while a medical source told Reuters that seven people had been injured earlier in the day.

The massive rally came after influential cleric Moqtada al-Sadr called on Iraqis to stage "a million-strong, peaceful, unified demonstration to condemn the American presence and its violations".

It also pushed protesters out of Tayaran Square and Mohammad Qasim highway, where new sit-ins this week were meant to pressure authorities into enacting long-awaited reforms.

Protesters have camped in the capital for months with protesters seeking a snap poll, appointment of an independent prime minister and a crackdown on corruption.

Huge crowds of men, women and children of all ages converged on the Jadriyah neighborhood near Baghdad University, with protesters carrying banners and chanting slogans calling for the expulsion of U.S. forces. Police arrested at least 16 protesters in the city, they said.

Supporters of al-Sadr had begun to leave protest camps overnight after he announced he would no longer be involved in the anti-government demonstrations. "There will be no peace after what has happened in Basra last night".

The decision to open roads came a day after hundreds of thousands of Iraqis rallied in Baghdad to call for an end to U.S. military presence in the country following high-profile assassinations and airstrikes targeting anti-terror forces.

In Baghdad, the vital Mohammed al-Qasim highway, Tayaran Square and al-Nidhal Street were all reopened.

Roads and bridges leading to the heavily fortified Green Zone, the seat of Iraq's government and home to several foreign embassies, including the U.S. Embassy, were blocked off by concrete barriers.