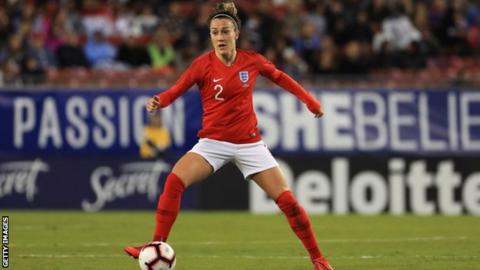 Jordan Henderson and Lucy Bronze have won the England player of the year awards for 2019.

The 29-year-old walked away with the prestigious award ahead of Sterling and Kane, who ended second and third respectively, after a year in which he reached his 50th appearance for the Three Lions and helped the nation qualify for the 2020 UEFA European Championship.

Henderson made seven England appearances past year, passing the 50-cap mark during a 5-1 win in Montenegro.

Both players were Champions League winners in 2019 and were also in outstanding form for their country.

At worldwide level, Henderson made seven appearances for England and helped the Three Lions finish as the third-place side in the inaugural UEFA Nations League.

Bronze, which has 81 games with its name, was a key figure when the Lionesses lifted the SheBelieves Cup for the first time before reaching the semifinals of the 2019 FIFA World Cup.

Lyon defender Bronze picks up the accolade for a second time having claimed the honour in 2015.

A memorable year for Bronze also saw her become the first English footballer to be named UEFA Women's Player of the Year, as well as winning four trophies with Lyon.

The Lyon defender played in 18 worldwide games out of a possible 20 throughout the last calendar year and became the first English footballer to win the UEFA Women's Player of the Year Award back in August.