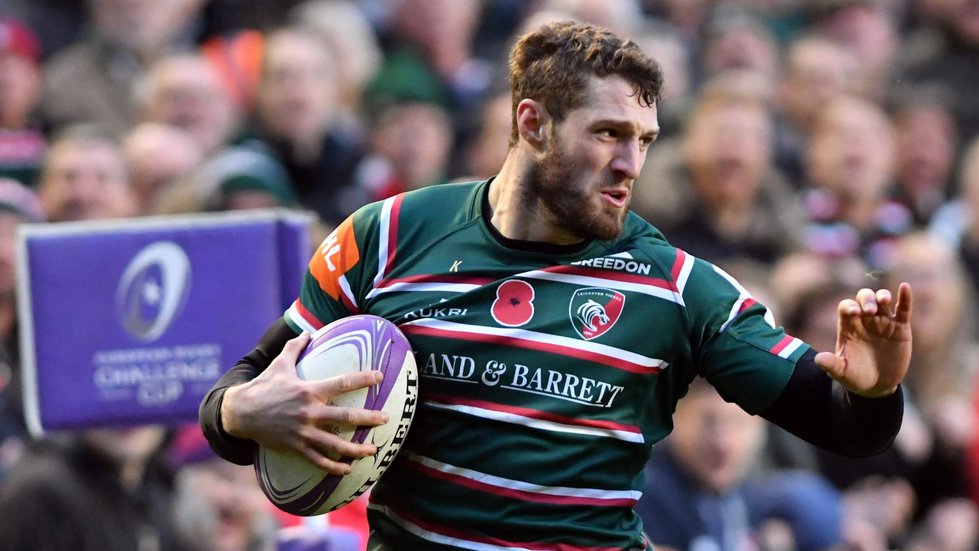 There is also a recall for scrum-half Rhys Webb, who was handed a six-month dispensation after announcing that he will return to Wales and play for the Ospreys next season.

Pivac has called up England-born Saracens centre Nick Tompkins, who was a member of the England Under-20 side that won the 2014 world championship.

Elsewhere, Sale prop WillGriff John, Wasps' Will Rowlands and Scarlets back Johnny McNicholl are the other uncapped players named by Pivac in the 38-man squad.

He will give coach Wayne Pivac an additional midfield option, with centre Jonathan Davies sidelined for the entire Six Nations by injury and Owen Watkin recovering from a knee problem.

Watkin is named in the squad, along with Scarlets-bound Saracens back Liam Williams, who has not played since an ankle injury at the World Cup.

Wayne Pivac has raided England for his first Six Nations squad, naming four uncapped Premiership players among the 38 who will defend the title Wales won with the grand slam past year.

Rees-Zammit on Monday had been awarded a long-term contract by Gloucester for whom earlier this season the wing became the youngest ever Premiership hat-trick scorer.

McNicholl's selection is not a surprise after he scored a try in his non-capped debut against the Barbarians late November but he is now set to line up alongside fellow Kiwi Hadleigh Parkes.

The Scarlets' wing John McNicholl, who played in the uncapped match against the Barbarians last month, is the fifth player in the squad yet to make an worldwide appearance, while there are recalls for Taulupe Faletau, Rhys Webb, Owen Williams and Cory Hill after injury.

"A lot of time and effort has gone into selecting the squad", Pivac said. "All the coaches have been out and about, seeing players in training, speaking with them and we are pretty excited with the group we have got".

"We do have a couple of injuries but we flip that into seeing it as an opportunity for some new players to impress, with not only the Six Nations in mind but also longer term and 2023".

"The Six Nations is hugely exciting for me, it is something I grew up watching from afar and it has such history attached to it, I'm really looking forward to the campaign".