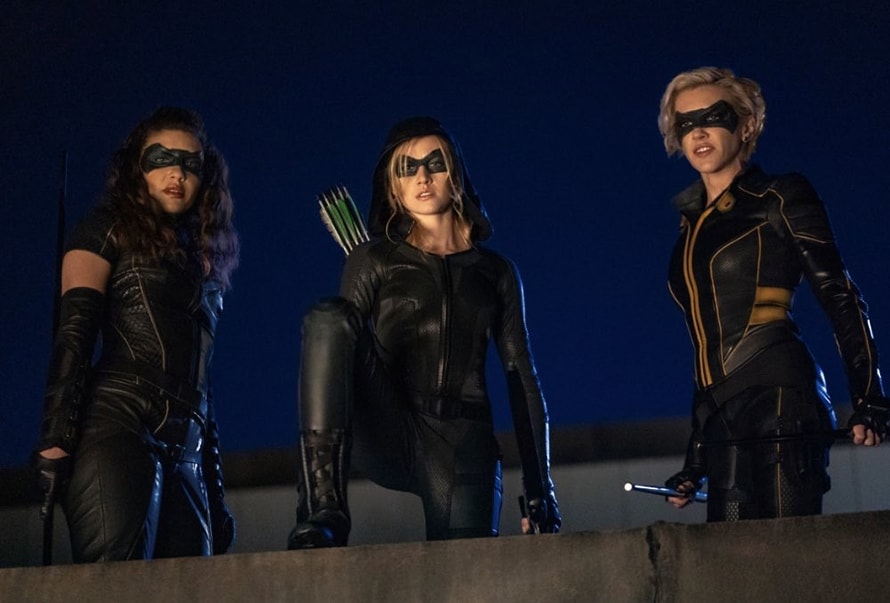 Before the end of the month, Arrow will wrap up its eight season run on the CW.

In a primary bevy of pictures from the CW sequence' penultimate episode, airing Tuesday, Jan. 21 and titled "Green Arrow and the Canaries", we see Laurel (Katie Cassidy), Dinah (Juliana Harkavy) and Mia (performed by Katherine McNamara) patrolling an atypically bright-n-clean 2040 Star Metropolis in each super-stylish garb in addition to of their assigned crimefighting costumes.

Click through the photos in the gallery above to view the possible spin-off. The character first appeared in the eighth episode of Arrow's seventh season and was first introduced with an alias called Blackstar. Plus, what could it mean that there's a Bertinelli - remember, Helena was the Huntress - involved?

The episode is titled "Green Arrow & The Canaries", and the summary reads: "It's the year 2040 in Star City and Mia Queen (McNamara) has everything she could have ever wanted". However, when Laurel and Dinah suddenly show up in her life again, things take a shocking turn and her flawless world is upended. Laurel and Dinah are tracking down a kidnap victim who has direct links with Mia and needs your help. Knowing that this will change everything, Mia can't help but be a heroine and she, Laurel and Dinah are outfitting themselves again to save the city. Let us know in the comment section below!