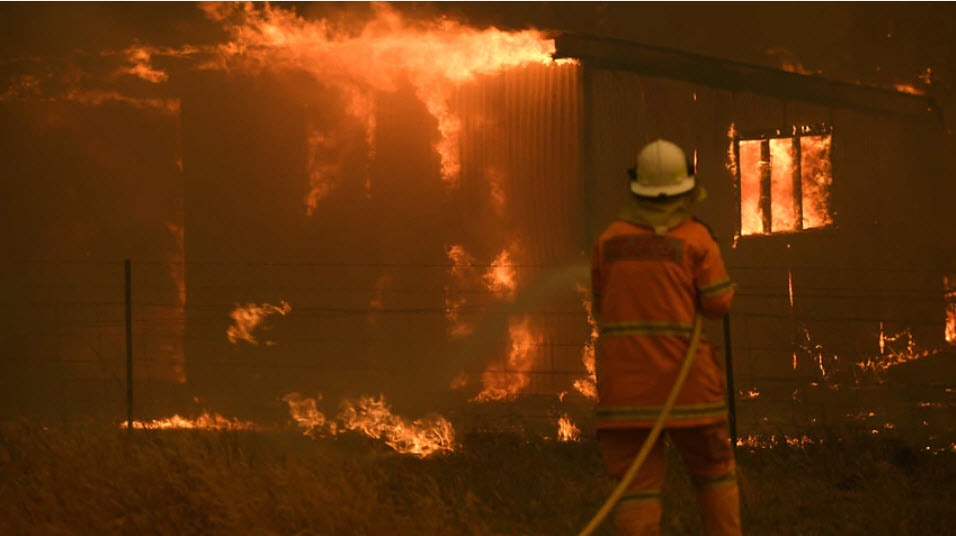 A rare pine species in a secret location in Australia - thought to have existed among the dinosaurs - has been spared from the bushfire, thanks to a "military-style" rescue mission.

Swathes of the Wollemi National Park have been affected by the devastating bushfires and some of the precious pine trees have been charred.

They have since been kept secret to protect them from contamination, their location has been devastated during a bushfire season that has razed about 11 million hectares across the country's southeast - an area roughly a third the size of Germany - since September.

The giant prehistoric trees were thought to be extinct until 1994, but then authorities found 200 of them in a national park near the Blue Mountains north-west of Sydney.

With flames approaching the area late previous year, firefighters deployed air tankers to drop fire retardant in a protective ring around the trees while specialist firefighters were winched down into the gorge to set up an irrigation system to provide moisture for the grove, officials said.

Specialists firefighters were dropped into the site from helicopters to lay an irrigation system and NSW Environment Minister Matt Kean said while some trees were damaged the species would survive.

Australian National University associate professor Cris Brack told The Sydney Morning Herald it was believed from fossil evidence the trees once lived across Australia between 100 and 200 million years ago.

"The 2019 wildfire is the first-ever opportunity to see the fire response of mature Wollemi pines in a natural setting, which will help us refine the way we manage fire in these sites long-term", he said.

Meanwhile, the rejuvenation process has begun in parts of NSW with inspections of bushland in Kulnura near Wyong on the Central Coast revealing new growth had already begun.

However some trees had begun to throw up new greenshoots and it would take 18 to 24 months for the area to recover.

"Big old trees are now just black stumps attached to the ground". So they've put suckers out from the base of the tree all the way up and it's new growth three weeks after a wildfire went through there'.