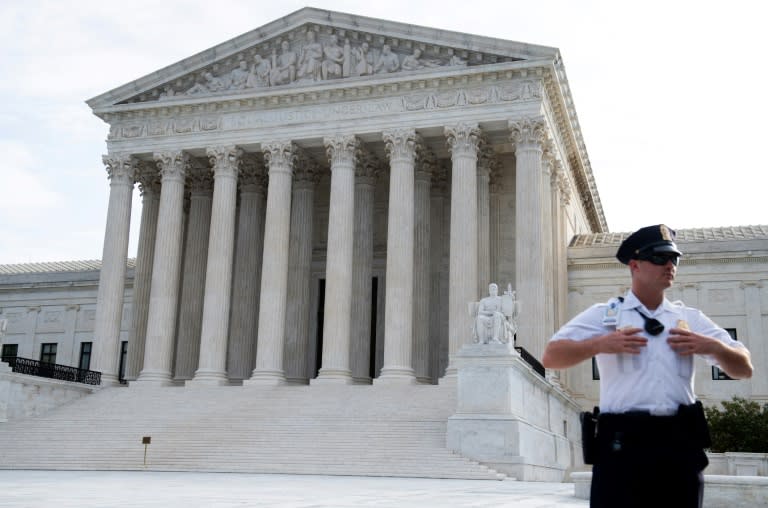 Kelly, a former Christie deputy chief of staff, and Bill Baroni, the one-time deputy executive director of the Port Authority of NY and New Jersey, were charged and convicted of wire fraud and conspiracy after local lanes to the George Washington Bridge were shut down in 2013 in what prosecutors said was a scheme to punish the Fort Lee mayor. Both were convicted of fraud and conspiracy for scheming in 2013 to change the traffic flow onto the George Washington Bridge between New York City and New Jersey to artificially create gridlock in New Jersey's Fort Lee.

Justice Samuel Alito, the only justice from New Jersey, was among those who suggested he was troubled by the government's argument.

Baroni had already reported to prison and Kelly was packing to leave for prison when the court in June unexpectedly agreed to hear their appeal.

The result of the so-called lane realignment was four days of traffic jams.

Christie and his wife, Mary Pat, were seated behind Bridget Anne Kelly, one of the defendants who appealed the case to the Supreme Court.

Christie denied knowing about the plan ahead of time or as it was unfolding. Supreme Court Tuesday as the justices heard oral arguments in the appeal of the Bridgegate case. Trial testimony contradicted his account, but the scandal helped derail his 2016 presidential bid.

If the court sides with Kelly and Baroni, it would continue a pattern in recent years of restricting the government's ability to prosecute corruption cases.