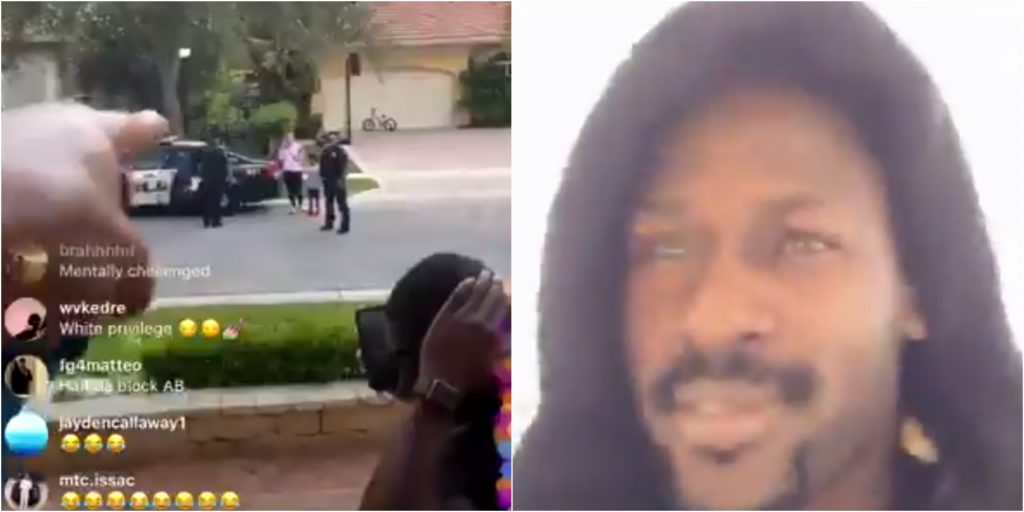 TMZ is reporting there was another run-in with Brown, his ex Chelsie Kyriss and included more vitriol at the local police from Brown.

Police arrived Monday morning after Brown claimed Kyriss tried to "steal" a Bentley after getting clothes for their kids.

Antonio Brown has had another freakish incident involving the mother of his children and the police and he did so once again while on Instagram Live. They have 3 children together.

Brown repeatedly told the officers he had previously evicted her from his home - but allowed her on the property so she could pick up her kids and take them to school.

Brown berated officers and called them a variety of names, at one point referring to them as "crackers". "This is not your life".

Towards the end of the situation, AB picked up a bag of gummy sweets that were penis-shaped and threw them towards the woman, telling her to have a "bag of d**ks".

All the while, AB is screaming insults at her ... He also shouted at one officer and said "look at the little cop, you wish you could take me you b-- a-". Brown then showed himself talking to his young son and telling the boy to "go with the b-- a- police".

Update: Brown wants to meet with Hollywood police because he feels there's an "injustice" happening.