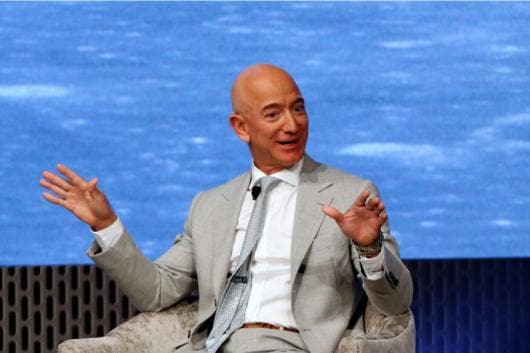 The move comes as Amazon, and Walmart-backed Flipkart, are heavily investing in India's retail trade, especially in the country's small, but booming, e-commerce market. But Amazon founder and chief executive's love for one of the company's most important overseas markets remains untainted.

Bezos also said Amazon aims to make delivery of all its products in India plastic-free by June.

"This initiative will use Amazon's global footprint to create $10 billion in India exports by 2025".

The Amazon SMBhav summit focuses on discussions around how technology adoption can enable small and medium businesses (SMBs) in India.

The Confederation of All India Traders (CAIT), a group representing roughly 70 million brick-and-mortar retailers, has said it will protest across 300 cities during Bezos' visit.

They allege Amazon is driving them out of business by offering sharply discounted products and favouring a few big sellers on its platform.

Bezos and Agarwal did not address the protests or the antitrust probe.

"In the last 24 months, Amazon has poured in more than half a billion dollars into its Indian payment business alone".

The e-commerce billionaire's three-day visit to India is expected to be marred by protests.

The news comes just after the Competition Commission of India (CCI), started an investigation into anti-competitive practices of Amazon and its Walmart-owned rival Flipkart earlier this week.

Retailers said that they, along with other trader associations, had furnished enough proof of predatory practices by e-commerce players such as Amazon and Flipkart, which resulted in the CCI probe. There were two protests, one in New Delhi and another in Odisha, on Wednesday.

"We plan to organize peaceful rallies against Jeff Bezos in all major cities such as Delhi, Mumbai, Kolkata as well as smaller towns and cities", Praveen Khandelwal, the group's secretary-general told Reuters. Retailers described the probe as the first step "towards victory" in their battle against predatory pricing of e-commerce players.