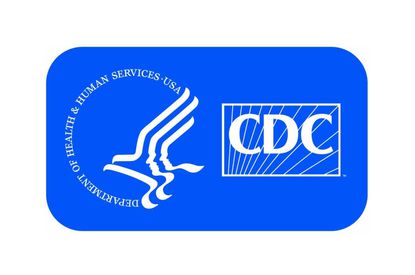 The flu has blinded a 4-year-old girl in Iowa, according to her mother, who is now urging others to ensure their loved ones are vaccinated against the virus.

"If I can stop a child from getting sick, that's what I want to do", said Amanda Phillips. Jade, who later suffered a seizure, was flown to the University of Iowa Children's Hospital, according to a GoFundMe page created in the girl's name.

A case of the flu turns almost fatal for a young girl in Iowa and it may have blinded her permanently.

Dr. Theresa Czech, a pediatric neurologist brought in to treat Jade, started her on steroids to reduce the swelling in her brain.

The family believes little Jade will gain her vision soon. "And I think she's very lucky".

On Christmas Day the girl's parents found out the flu had affected her brain.Called encephalopathy, it's a known complication of the flu, according to the CDC.

Doctors showed Jade's parents the MRI results. Her symptoms progressed until the morning of Christmas Eve, when her dad Stephen DeLucia went to check on her and found her in bed unresponsive, with her body burning hot, the outlet reported. Both Jade and her sister had received a flu shot in March, and Phillips thought they were protected for the rest of the year, not knowing that the vaccine changes each flu season.

Czech, a pediatric neurologist, diagnosed Jade with acute necrotizing encephalopathy, or ANE, a type of encephalopathy usually caused by a viral infection.

Jade went home on January 9th. "We didn't lose our baby girl", she wrote in part. "In about three to six months from now we'll know. Whatever she recovered after six months is probably all she'll get".

Jade could also have cognitive or developmental problems, such as learning difficulties, added Czech.

Phillips is now urging everyone to get the flu vaccine each season.

"We want parents to know they should get a flu shot every season", Phillips said. Flu vaccines become available at the end of the summer, and the CDC recommends getting one by the end of October to protect against flu in the upcoming winter.

This year, the flu has been particularly tough on children. This is because the predominant virus was influenza B, which affects children more than adults. So far, 32 children in the United States have died from flu this season, 21 from the influenza B strain of the virus.

"I'm less interested in whether the vaccine prevents all cases of runny nose and whether I feel uncomfortable and don't have to go to school because of the flu", said Ratner. "It's not fun, but you don't get the vaccine to prevent it, but to reduce the likelihood of a bad complication of the flu".

Back in Iowa, Phillips and DeLucia return to normal with jade.

Back in Iowa, Phillips and DeLucia are settling into their new normal with Jade, Phillips writing on Facebook on her daughter's first night home: "My courageous girl, who can not see, but is loved by so many".