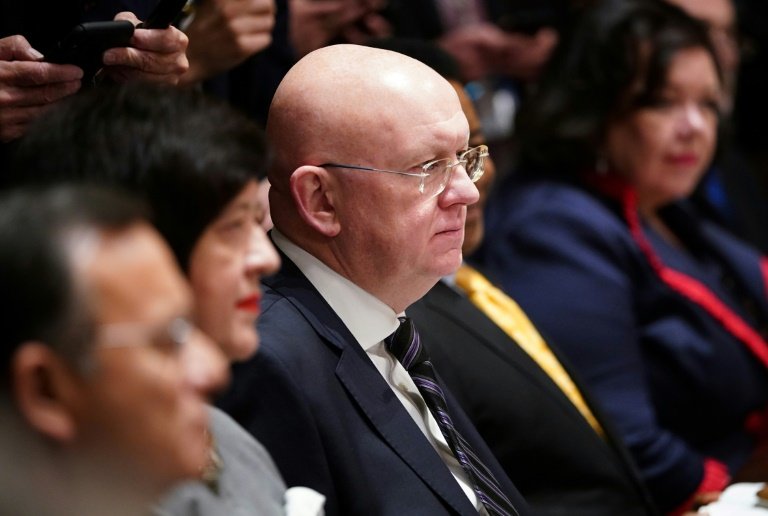 During a lunch in the Cabinet Room with all permanent representatives to the U.N. Security Council, Zhang Jun, China's ambassador to the United Nations, thanked Trump for a White House tour.

Present at the luncheon were 18 ambassadors of current UN Security Council members and of countries that are expected to assume membership in 2020 in the UN organ.

Vasily Nebenzya was given a tour of the White House on Thursday as part of a reception hosted by the president to mark the start of the US' rotating tenure as chair of the UN Security Council.

That obtained laughs from the USA president and the group of diplomats.

Nebenzya's quip adopted remarks by China's United Nations ambassador, Zhang Jun, who thanked Trump for his hospitality, saying, "We have made a tour around this number of rooms: the green one, the red one and also the China room". "We were very much impressed".

"We noticed the China room, however we did not see the Russian Federation room", Nebenzya stated to laughter from across the desk, including that he puzzled if such a room existed however was "prime secret". Nebenzya also pressed Trump about Russian delegates to the UN General Assembly not being issued visas to carry out their duties in the United States. He expressed joking disappointment in not having noticed a "Russian Room". Nebenzya then added that maybe the Russian Federation room is "secret".