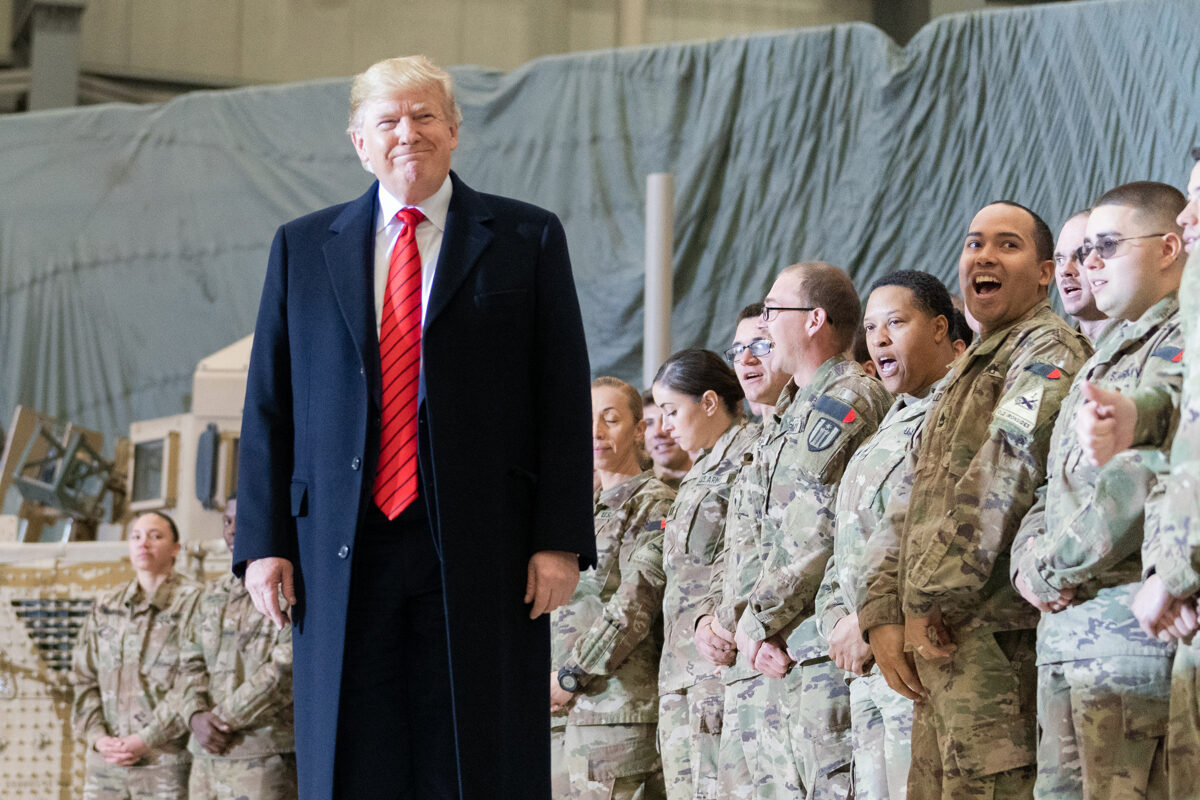 A Newsweek reporter turned into once fired for writing a chunk of writing that claimed President Trump will likely be "Tweeting, golfing and further" on Thanksgiving ahead of the commander-in-chief made an unannounced talk to to Afghanistan to talk to USA troops on the walk.

On Monday, The Wrap and iMediaEthics reported that Newsweek had taken further action by demoting the editor in charge of the botched report.

His father retweeted it shortly afterwards, commenting: "I thought Newsweek was out of business?"

The editor was not named.

The publication terminated Jessica Kwong, who authored the original piece.

Reports began emerging that Trump was in Afghanistan at 1:56 p.m. EST on November 28.

"This story has been substantially updated and edited at 6:17 p.m. EST to reflect the president's surprise trip to Afghanistan".

Kwong's write-up was exposed Thursday earlier than details of the essential trip arised.

Many were suspicious when they heard that the reporter had been fired - because regarding the President's Thanksgiving day plans, the true schedule had been kept highly secret, meaning it was nearly impossible for reporters to know that the President was ignoring his official agenda.

Kwong went on social media to negate it has been "an upright mistake" and deleted a tweet promoting the distinctive memoir.

Two hours after its Saturday report was published, the Washington Examiner updated its report with a statement from Kwong, who explained that "she sent a message to the editor on duty with the President's latest actions and the editor published the piece". Inside the story, it's termed as "an update", not a correction.

In reality, the commander-in-chief was making a surprise visit with US troops in Afghanistan. "The story has been corrected, the reporter responsible was terminated and the editor was demoted. We are in a position to continue to overview our processes and, if required, take grasp of further circulation", Newsweek talked about. "Tweeting, golfing - and surprising USA troops in Afghanistan".

She has not yet commented on her termination.

"It wasn't an "honest mistake" you tried to dunk on Trump and ended up dunking on yourself because you couldn't resist", Trump Jr. wrote in a statement.