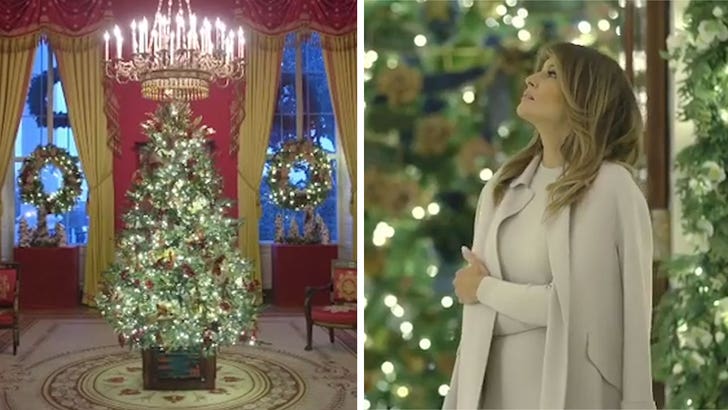 The First Lady shared a video of herself walking down the halls and visiting the different wings to reveal the USAwesome highlights. like a White House advent calendar, a gingerbread house in the State Dining Room featuring the WH and famous landmarks from across the country and multiple gorgeous Christmas trees.

" "The Spirit of America" is shining in the White House!"

This year's decorations include the official White House Christmas tree, an 18-foot-tall tree displayed in the Blue Room. "Thank you to all who came all across our great nation to decorate the People's House". Wishing everyone a very Merry Christmas and Happy New Year.

Last week, FLOTUS welcomed this year's Christmas tree to the White House via a horse-drawn carriage.

For 2019, the first lady featured a tribute to American design, innovation, and architecture. And the 2017 decorations also looked remarkably terrifying.

This weekend the first lady took to her Instagram page to share a sneak peek of this year's White House Christmas decorations.

The former model wore the same jacket and midi dress earlier in the day en route back to Washington, D.C. from the first family's Mar-a-Logo estate in Florida, where she spent Thanksgiving.