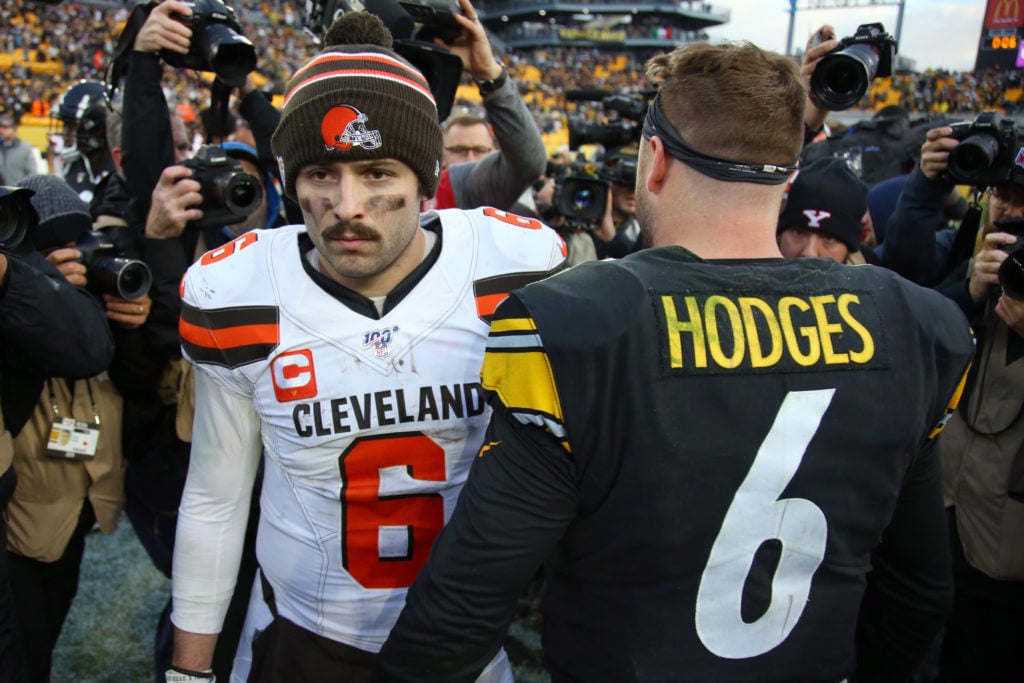 Browns quarterback Baker Mayfield threw in practice for the first time since injuring his right hand in Sunday's loss at Pittsburgh. Now he's confident about being ready for a Week 14 game against the Cincinnati Bengals.

"I'll try and go tomorrow for sure", Mayfield said, according to USA Today.

Mayfield suffered a contusion to his throwing hand in last week's 20-13 National Football League loss to the Pittsburgh Steelers.

Browns backup Garrett Gilbert played a few snaps while Mayfield was getting his hand checked out.

Mayfield has yet to miss a game since taking over as the team's starter in Week 4 of the 2018 season. He set the rookie passing touchdown mark last season with 27.