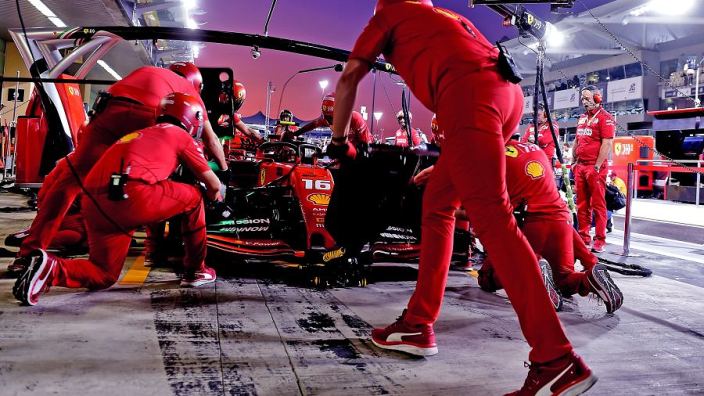 Wolff has previously said he will not stand in Hamilton's way if he wants to chase a move to Maranello, with his Mercedes contract expiring at the end of 2020, like a number of high-profile F1 figures, including Max Verstappen, Sebastian Vettel and Wolff himself.

Dutchman Verstappen, victor of three races this year and third overall, is seen as a champion of the future and very much on Mercedes' radar.

Hamilton has suggested that Verstappen may be in a number of drivers to have already sought out Wolff to discuss replacing Hamilton, but the Silver Arrows boss remains focused on keeping his star man in place.

"The amount of calls that Toto gets from drivers - including the one [Verstappen] that was up here just recently - asking to come, everyone's trying to leave their team to come to where we are, which is an understandable thing, because everybody wants to win and everybody wants to be a part of a winning formula".

Hamilton has regularly said a move away from Mercedes, a company that has supported his racing ambitions since the age of 13, would be hard.

Queried on Friday once again about that prospect, he reiterated his sentiment.

"I love where I am and I love the people that I work with", said the six-time world champion. The team, the organisation, all the way through to the bosses.

"I've been with Mercedes since I was 13, so it's really hard to imagine myself being anywhere else".

'The season as a whole was as strong as the last I can remember.

"I think it's taken us time to build that, the strength in depth, the consistency we have".

"Would it be the same without Toto?"

"For me this has definitely been the best season of my life", Hamilton said.

"And just like I'll know what's right for me when I have to make that decision, he has to make the right decision for him and what's best for him and his family and his future. To change is also sometimes a good thing".

Wolff, who joined Hamilton on the stage in Paris, warned that no quick decisions regarding the future were in the cards. "And it takes time to build those things".

"There's been lots of great races, the last few years have been intense with Ferrari, but having another team [Red Bull] up there in the loop has made it more challenging for us all".

"I'm hoping you're going to see the closest season yet". "The two of us have been together for quite a while, we trust each other, we have gone through hard times together and we have come out stronger with a better bond".