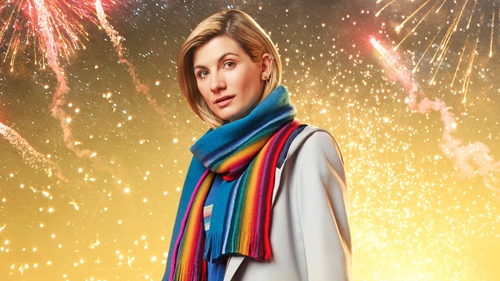 AMERICA's hit action-adventure series, Doctor Who, is back! The season will begin with a two-part episode titled "Spyfall".

Doctor Who has finally revealed when fans can expect its twelfth season to drop on BBC America. Subsequent episodes will air Sundays at 8pm ET/PT beginning January 5 on BBC AMERICA.

If your New Year's resolution is to watch more Doctor Who, you're in luck: Season 12 of the sci-fi series will premiere on Wednesday, Jan. 1 at 8/7c, BBC America announced Monday. The episode will be followed by a Q&A with Jodie Whittaker, Tosin Cole, and Mandip Gill.

The network also announced that it has partnered with BBC Studios and Fathom Events to screen the premiere episode on over 600 cinema screens on January 5. Tickets and a list of participating locations will be available beginning December 6 at the Fathom Events website.

Speaking about his guest stint Stephen said: 'Short of being picked for a British space exploration programme and I readily concede that I'm past the age where I'd be considered (if I was ever the right age for such a posting) - then being in an episode of Doctor Who will certainly do as a very sweet second-place excitement'.

Spyfall has been written by Chris Chibnall, Showrunner.