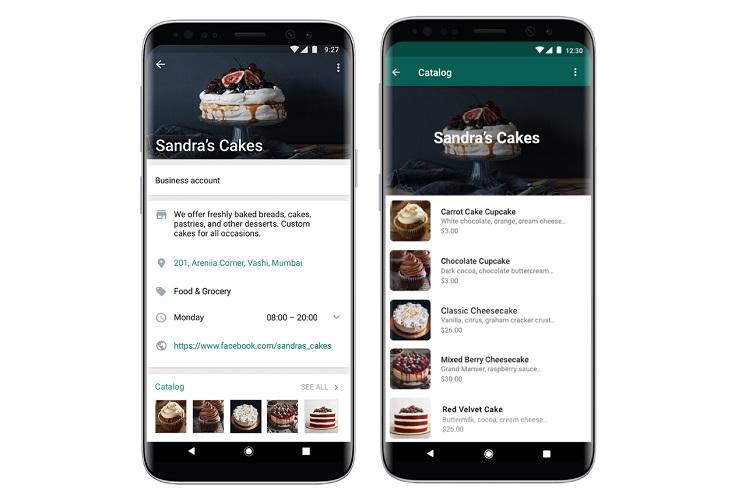 If you add products catalogues to your WhatsApp Business profile, it will allow customers to see most of the details about your product right inside the app.

Information such as name, description, and price can be added to every individual item.

WhatsApp's catalogs feature is available to businesses using WhatsApp Business app in India, Brazil, Germany, Indonesia, Mexico, the United Kingdom and the U.S. WhatsApp says the feature will be rolling out around the world soon. With chats and now catalogs, all that WhatsApp has to do is enable payments on the platform, and its Business app might become a full-blown, powerful e-commerce marketplace.

The new WhatsApp tool stops short of that, as transactions don't take place natively within the app, but small businesses, the main users of the free WhatsApp Business app, can now display a "mobile storefront" showcasing their wares with images and prices. The company has been steadily adding features to the app, and the latest addition is one that should help small and medium sized businesses quite a bit. The move comes after Facebook added a shopping feature to Instagram in March that lets users click a "checkout" option on items tagged for sale and pay for them directly within the app. The feature is available in India along with Brazil, Germany, Indonesia, Mexico, the U.K and the US. Other regions will get the update soon, Facebook said.

Instant messaging app WhatsApp is not backing down from expanding its in-app features portfolio in India, even after the platform confirmed being breached by foreign spies, snooping on Indian activists and journalists. You can also assign a unique product code to each listing so that customers can easily refer to what they are looking for. The company says that it hosts these catalogues to save storage space on the phones of both businesses and customers.

In your chats with a customer, you can tap on the attachment option inside the text box and find the Catalog option there.