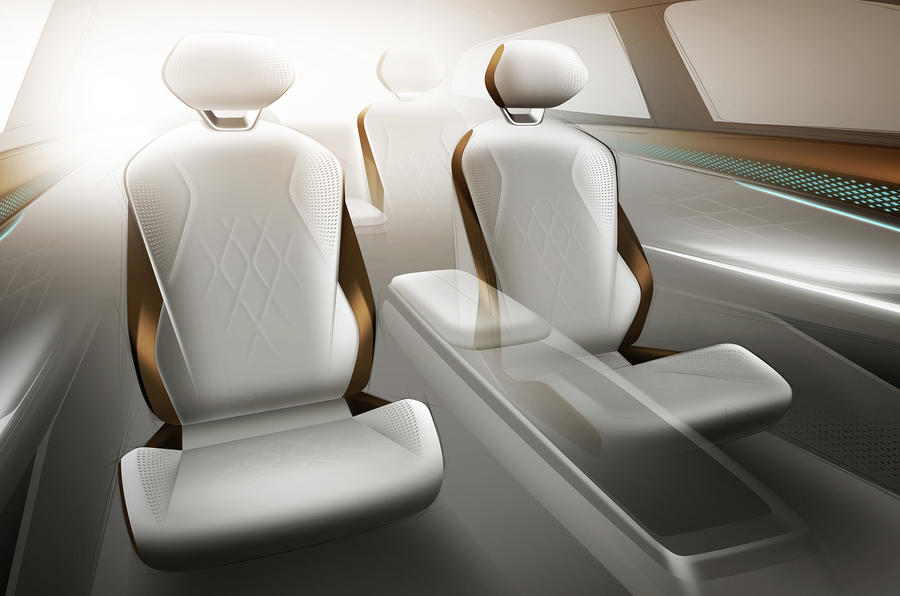 The interior will sport a "completely digitized cockpit", with parts made from sustainable raw materials, including an artificial leather called AppleSkin. Space Vizzion Concept coming to LA - and, come 2021, to markets including the U.S., Europe and China.

VW states that the Space Vizzion will be the defining model of a "totally new, fully electric auto segment".

That's where the ID.3 comes in.

Details on the Space Vizzion are somewhat limited at the moment, but it's claimed it would have a range of 366 miles between charges when the road-going variant arrives in 2021.

"Together with the start of MEB production, we will launch the Volkswagen ID. family in China as well, a brand-new generation of fully electric and connected vehicles". Stylistically, it follows the design DNA of the ID. family, and is built on the company's Modular Electric Drive Matrix (MEB).The MEB fully exploits the technical possibilities of e-mobility and guarantees long ranges, dynamic driving performance and a whole new level of digital networking.

Volkswagen will debut the ID.

The ID Space Vizzion will be the seventh model in the ID range, which also includes the ID Crozz, ID Buzz, ID Buggy, and ID Roomzz. It might not look quite like what's on display in LA because the company plans to offer "different versions for North America, Europe, and China". We know that the MEB platform can handle front, rear or all-wheel-drive layouts. That includes products like the Audi e-tron that is already on sale in the USA and other markets, as well as the Porsche Taycan that debuted recently - and which will roll into showrooms next year.

On the manufacturing facility ground, first editions of the ID.3 switch along the line. Also, VW has started pre-production at its new plant in China, in Anting, near Shanghai, and back in Germany, the Group's Braunschweig plant ramps up batteries production.

"The new plant of the SAIC VOLKSWAGEN joint venture has been completed".

"The first phase of pre-production in Anting starts now with a China-specific ID. model of the Volkswagen Brand".