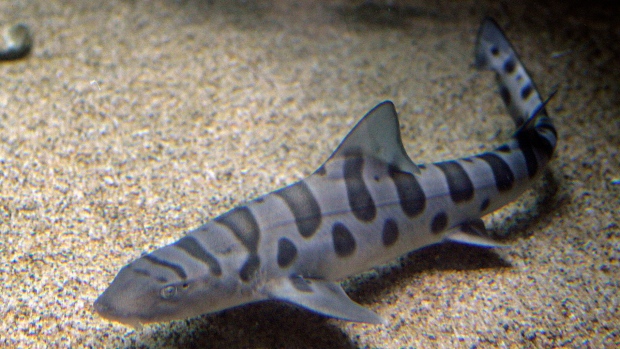 Warm Indian Ocean waters have sent predators onto the so-called shark highway linking South Africa and Australia, and one stop is notable for drawing in tourists and sharks alike: Reunion Island.

He went missing while snorkelling in the Hermitage Lagoon last weekend.

When he failed to return, his wife sounded the alarm and a full search was launched, involving boats, divers, dogs, and a helicopter.

The 44-year-old man was last seen Saturday swimming and snorkeling off the coast of Reunion Island, near Madagascar.

Tiger sharks are second only to Great White sharks in terms of their attacks on humans, but it may be that the man drowned and his corpse attracted the fish.

There have been two reported shark-related deaths in the area this year.

Mr Tuffery said further tests, including DNA matching, would be used to confirm the identification.

A spokesman for the Foreign and Commonwealth Office told The Guardian: "We are providing support to the family of a British man who died while snorkeling in La Réunion and are in contact with the local authorities".

Shark attacks - mostly by bulls and tigers - increased 23-fold on the island between 2005 and 2016, researchers have said, pointing to a boom in development and the volcanic origins as two contributing factors.

Kim Mahbouli, from Saint Denis, Paris, was attacked near Reunion Island in May on a banned stretch of surfing waters and was pronounced dead after being brought back to the port of Saint-Leu.

Local officials said Mahbouli was with three three friends, who were all wearing shark-repelling devices on their ankles, who tried but weren't able to get him to land.

"One possibility is that he became unwell while in the lagoon and was taken by the currents into deeper water".