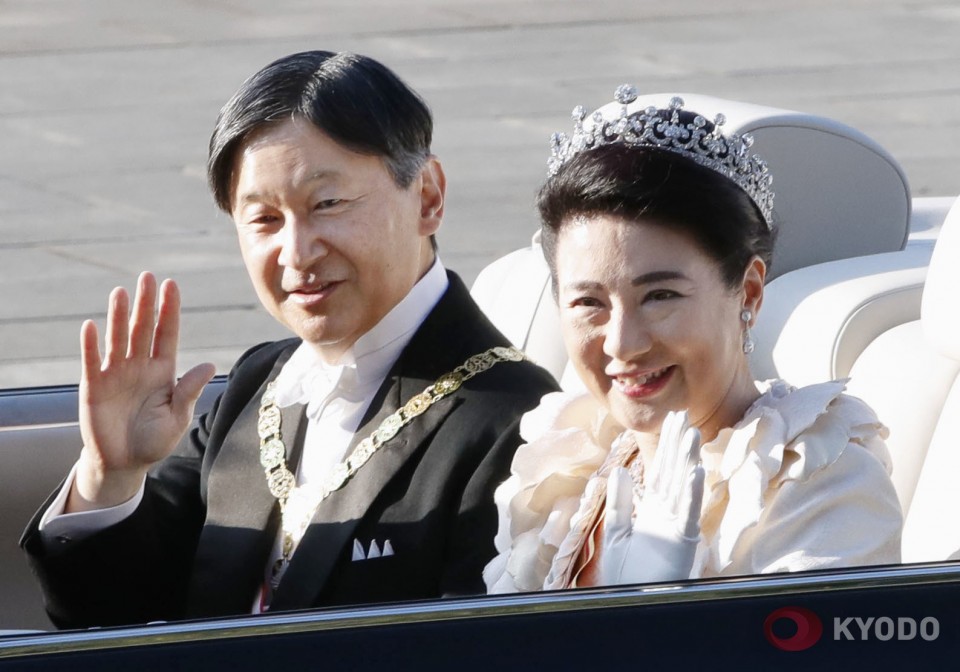 Some in the crowd camped overnight for a prime stop by the palace for the 30-minute parade featuring the emperor and his wife Empress Masako.

"We're at Disneyland levels of crowding".

"We came here because it's a once in a lifetime opportunity and we wanted to celebrate this event", she said, flanked by her friend Chiyoe Ito, 70.

The event was one of the final events marking Naruhito's ascension to the throne after his father, Akihito, earlier this year became the first Japanese emperor in two centuries to abdicate. "I concentrated so much on taking a photo, I barely looked with my own eyes".

Earlier, Yukari Oshita, in her 60s, said she was thrilled at the chance to see the royal couple.

"The Emperor is a few years younger than me but belongs to the same generation", she said.

"And Empress Masako is someone who can be a role model for modern women with full-time jobs".

Well-wishers hold Japanese national flags as they cheer during a national celebration event to mark Emperor Naruhito's enthronement at the Imperial Palace in Tokyo on November 9, 2019.

The parade was originally due to take place on October 22, when the emperor officially proclaimed his enthronement before dignitaries from about 190 countries, but it was postponed as Japan grappled with the aftermath of a devastating typhoon.

Hours before the scheduled 3pm (1pm in Thailand) start of the parade, long queues formed at dozens of security checkpoints, with eager spectators waiting to secure seats to watch the motorcade, which will feature some 50 vehicles in total.

The emperor wore a tailcoat and Empress Masako a white dress and a tiara that sparkled in the sunshine.

She has struggled to adjust to cloistered royal life, suffering an adjustment disorder that led to a scaling back of her public appearances.

But she has appeared confident during the events marking Naruhito's enthronement.

Naruhito officially ascended the throne this year, with an elaborate and ritual-bound ceremony last month proclaiming his rise before dignitaries from around the world.

Naruhito, who has pledged to stay close to the people, expressed his sympathy to the victims and residents hit by deadly storms last month.

The parade comes a day after a national festival to celebrate the enthronement with dancers and pop stars offering performances.