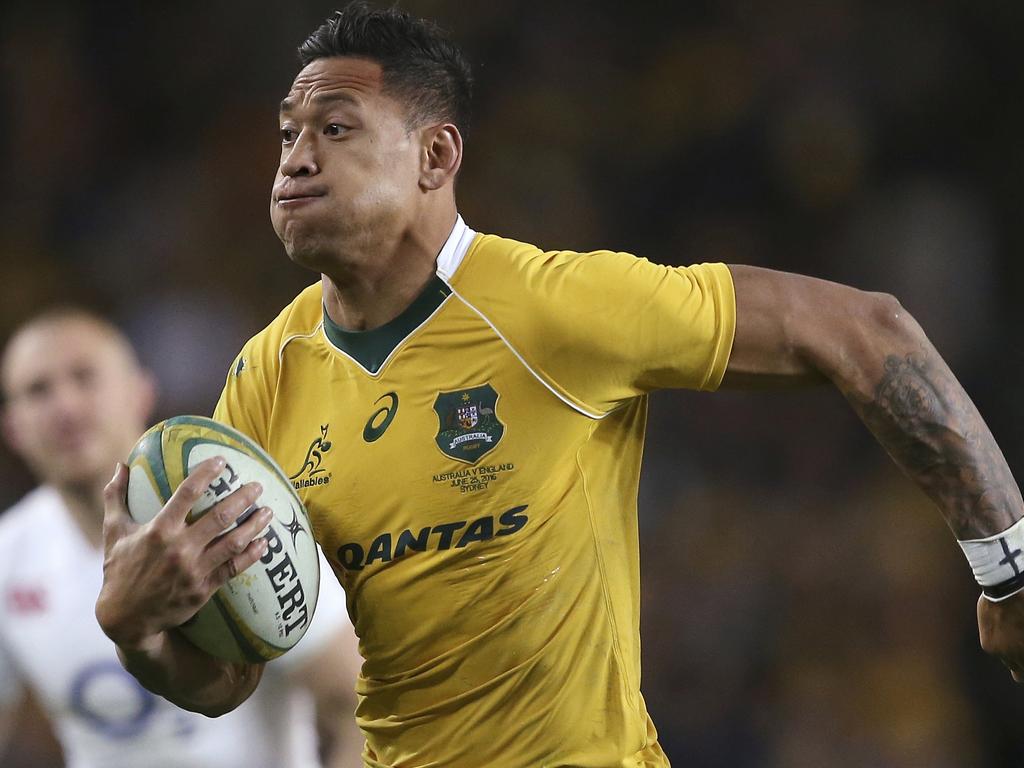 Lost sponsorship dollars, and the missed revenue of competing at World Cups and possibly captaining the national team were also used to justify the controversial star's new $14 million demand.

In a claim lodged to the Federal Circuit Court, Folau has fought to veil the case as a fight for religious freedom.

Folau, a fundamentalist Christian, was previously seeking A$10 million in damages from RA and the Waratahs, who terminated his four-year contract in May after he posted a meme on social media that said hell awaited homosexuals and other groups.

Folau, who was sacked for anti-gay comments made on social media this year, is now demanding $14 million in damages from Rugby Australia, claiming he could have been Wallabies skipper.

He argued the Wallabies would have achieved a "superior performance" at the Rugby World Cup in September if he had been in the side.

Folau, the husband of Silver Ferns shooting great Maria Folau, was a brilliant rugby player for Australia and the Waratahs, but he was never considered a realistic future captain of the Wallabies.

'It just gets ever more absurd, ' FitzSimons said on TVNZ.

"Before the hearing was conducted before the Tribunal, a senior player had told Ms Castle and Mr (coach Michael) Cheika that the termination of Mr Folau was likely to cause division amongst the Wallabies and that Christian Polynesians in the team were offended by the actions of Rugby Australia", the claim states.

"The last time Australian rugby had a fullback as captain was in 1980".

"I find the claim absolutely absurd". It details Folau's belief that he could have earned more if he was selected as Wallabies Test captain in the future.

Added to this, Folau had never captained a team during his professional career, while Cheika said that he would not select Folau for the Wallabies and captain Michael Hooper admitted it would be hard to play alongside him again.

'It doesn't have the closest grip on reality and I worry about that kind of stuff, ' FitzSimons added. 'If he actually believes that, then I respectfully submit his remaining friends need to sit him down, give him a hug and say, "C'mon mate, we've got to get you some help here. This is not real"'.