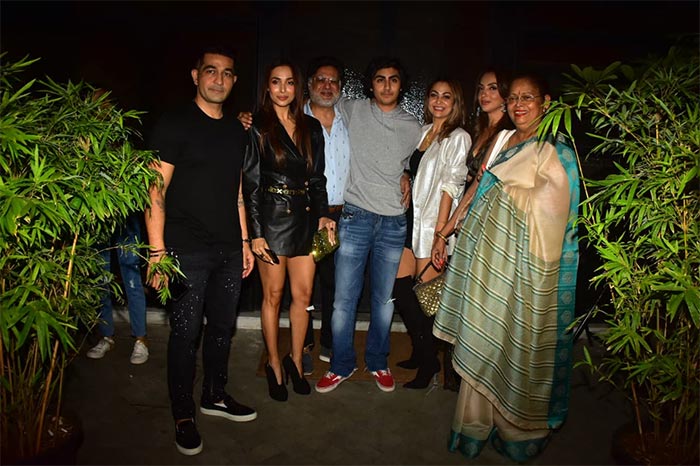 On Saturday Arbaaz Khan and Malaika Arora's son Arhaan turned 17, and the star kid celebrated his birthday with both of his parents. While Malaika and Arbaaz are now separated by divorce, they have no qualms arriving for son Arhaan's birthday bash.

Meanwhile, Student of The Year 2 actress Ananya Panday was also seen at the bash, along with her BFF Shanaya Kapoor.

Arhaan Khan photographed with family. Actor Ananya Panday and Sanjay Kapoor's daughter Shanaya also attended the party. Another beauty in black was the birthday boy's mother Malaika Arora. Arbaaz was wearing an olive green t-shirt and blue denims and looked dashing in his comfortable casual outfit. Both Shanaya and Ananya were seen flaunting their style and swag with utter ease.

Amrita Arora photographed at the party. She captioned it as, "N jus like that my baby boy turns 17. our first born". You are my strength n my weakness arhaan and jus the most loving, understanding and sensible. Love you (I will always grab you for my share of hugs and kisses).