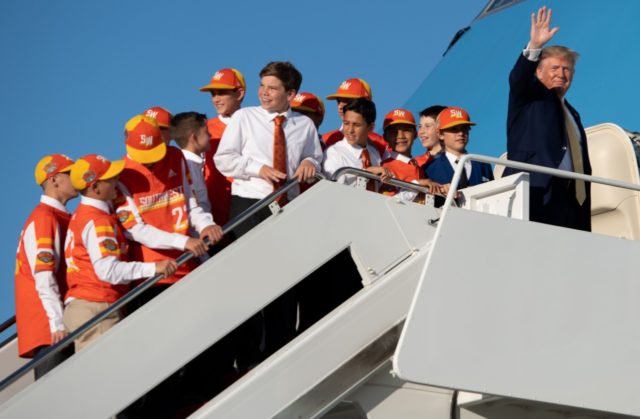 The Eastbank All-Stars, the little league team that recently won the Little League World Series Championship, will be arriving back home via Air Force One.

It's the ride of their lives when the president invited them to fly back home with him on Friday.

The team was in Washington DC to celebrate their Little League World Series win.

The team then met again with Trump at Andrews Air Force Base in Maryland, on the tarmac outside of Air Force One, and they all ascended onto the presidential plane together. "I'm so proud of this team!"

The team traveled to Washington to meet with the president today in the White House.

Pres. Donald Trump is going to Lake Charles to campaign for the Republican candidates for Louisiana governor, ahead of Saturday's election.

Includes reporting from the Associated Press.