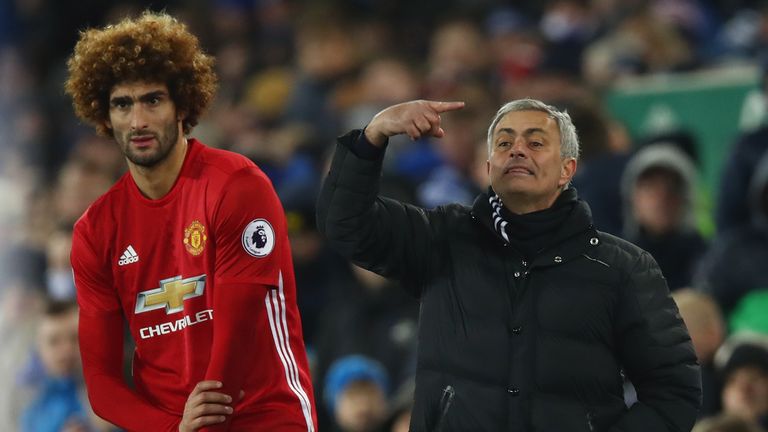 Marouane Fellaini has slammed the short-term vision at Manchester United, with the Belgian considering the club's current struggles to be down to a lack of patience shown with proven managers.

He also suggested that's the reason why Manchester United are now struggling. It's not easy to build a team in that time, you need more than two years.

"He wanted to build his team but after two years and a half they chose to sack him because the results were not there".

"That's the problem with the coach and the direction, they have to find a solution together, " Fellaini said according to the report on UK Mirror.

"They brought in one of the best managers in the world in Jose Mourinho, he wanted to build a team and they sacked him".

United parted company with Mourinho in December 2018 after two and a half years in charge of the club.

However, United's problems have not settled with Mourinho's departure - with successor Ole Gunnar Solskjaer presiding over the club's worst start to a season for 30 years this term - and Fellaini believes the former Chelsea and Real Madrid boss should have been given more time.

That summer saw United signing Diogo Dalot, Fred and Lee Grant in one of the most laughable transfer windows in recent times - especially so with a year of hindsight.

Experienced players such as Alexis Sanchez, Ander Herrera and Romelu Lukaku have joined Fellaini out of the door - with youngsters Aaron Wan-Bissaka, Dan James and Scott McTominay thrust into the team.

"I was thinking I would start in the FA Cup but I didn't because he put young players in".

"Of course, in football you can't play with just young players, you need a mix".

"It's different, it's a different atmosphere, the intensity is not the same, the crowd is not the same but it's a new challenge. But after that, when a new manager comes and I'm not in his plans, of course it was time for me to leave and I don't regret it at all".

"I played five-and-a-half years for Manchester". My first season was a transition, so I was in transition.

"Okay, I didn't win the Premier League but that's part of football". Manchester City was a strong team and was hard to battle against them. I know I didn't have a great season.

The Brazilian completed a move to Old Trafford from Shakhtar Donetsk for a fee of £52m in July.