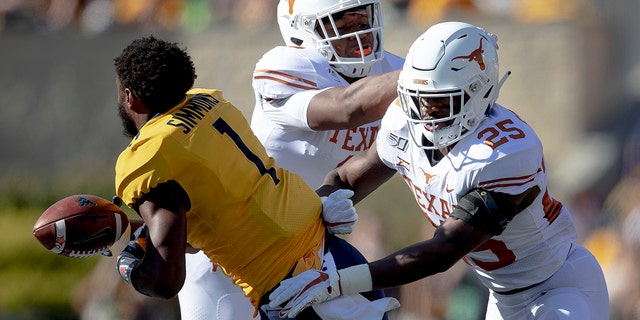 Defee assessed unsportsmanlike conduct penalties to every player on both teams, even though several weren't involved in the incident.

The No. 11 Longhorns have a significant historical edge over the No. 6 Sooners, boasting a series record of 62-47-5.

The teams squared off near midfield about 30 minutes prior to kickoff, causing officials to issue penalties to every player on both rosters.

As such, any subsequent unsportsmanlike conduct penalty called on Saturday afternoon will result in an immediate ejection of the offending player. "Yeah, our players won't do it, just like the Big 12 [Championship] Game".

Oklahoma coach Lincoln Riley said this week that his players would not be displaying the "Horns Down" signal during the Texas game.