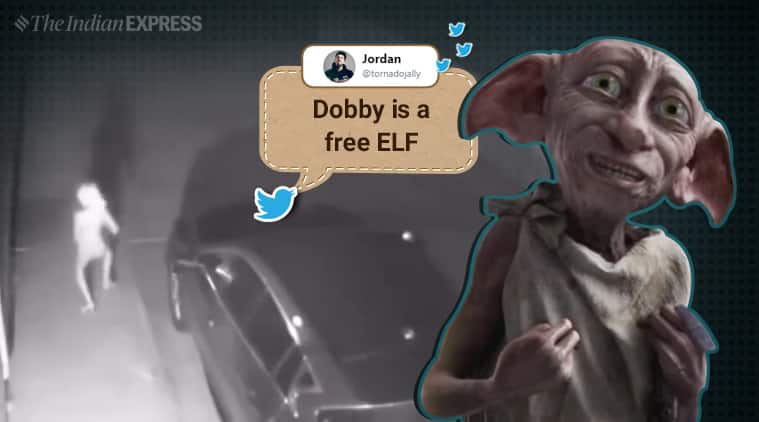 Social media is abuzz after a woman posted video on her Facebook account showing a odd creature resembling an elf from the Harry Potter movies saunter through her driveway.

Vivian Gomez, from America, claims to have caught the mystery creature in her backyard. Asked whether it could be her 9-year-old son Bobby, Gomez replied, "I wouldn't let him out at dark by himself".

Some Facebook users observed the creature held a striking resemblance to the elf Dobby from the Harry Potter series.

'First I saw the shadow walking from my front door then I saw this thing.has anyone else seen this on their cameras??

If you're a fan of JK Rowling's hit franchise, you'll know the house elf was tragically killed off in the penultimate film.

In the video, the frame is locked on a dark-colored sedan in a driveway when suddenly a shadow appears at the lower left side of the screen - one with a long, lean body and a wide head with something that appears to be flopping, as if it were a large dog ear.

Gomez also revealed she had two other cameras installed at her home, but for some reason, they didn't pick up the creature at all.

In what appears to be the original post, Gomez said she woke up on Sunday to see the weird footage. The post has received over three million views. "Looks like a puppet of some sort to me", one user said.

A second wrote: "Everyone's joking that this is Dobby but I'm here deciding not to go outside at night ever again". This is clearly not Dobby. Dobby ultimately sacrificed his own life to save Harry and his friends in Harry Potter and The Deathly Hallows.

A freaky video, that is going insanely viral today, appears to show a sinister looking Dobby-lookalike in a woman's front garden.