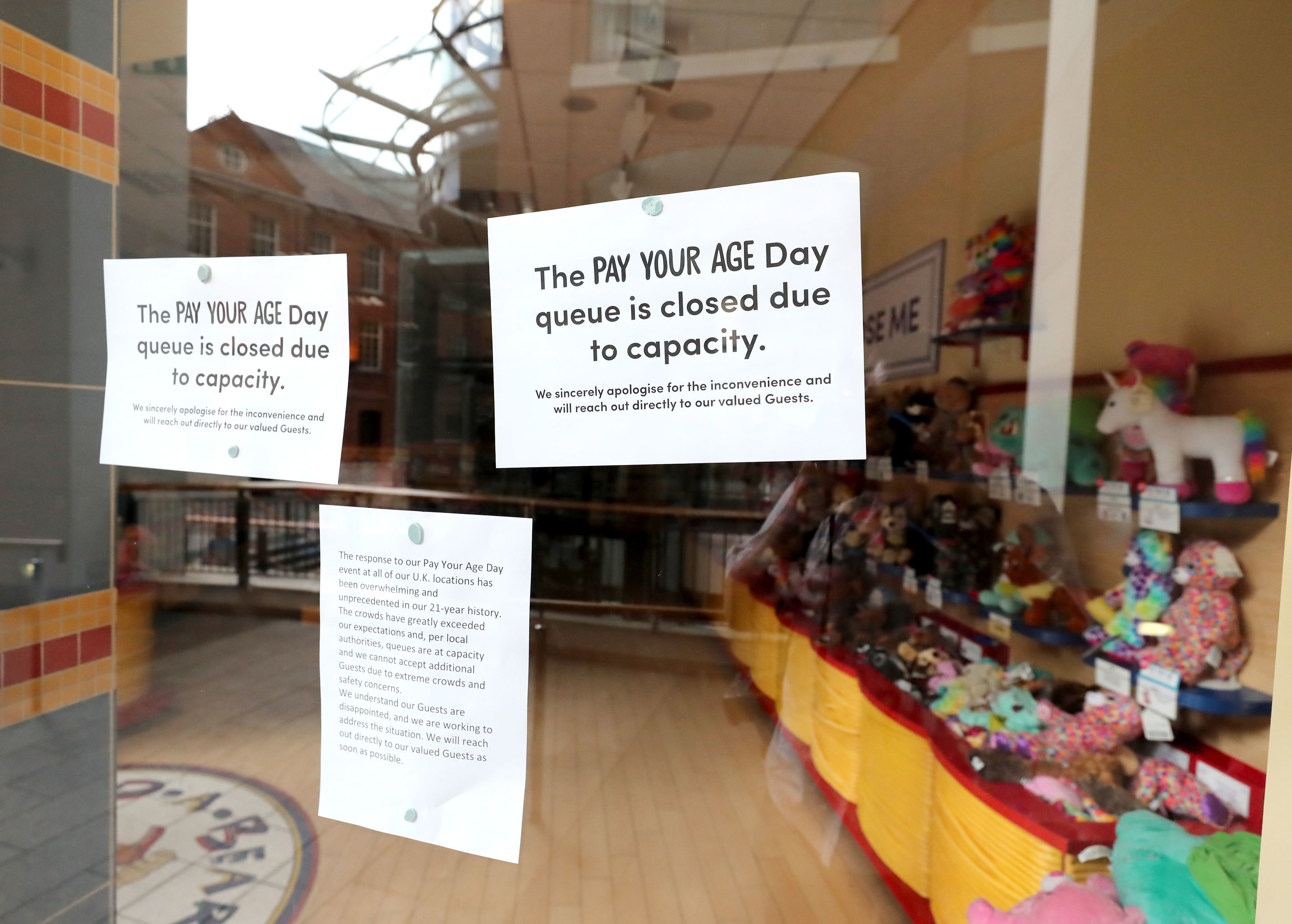 Some shoppers queued before the shops even opened and some for over six hours - meaning Build-A-Bear were forced to end the promotion early.

Build-A-Bear is hosting a "Pay Your Age" event at select locations from June 24 through June 28.

The company announced its new Pay Your Age promotion and said that 200,000 guests will be chosen to receive a Pay Your Age ticket. To be eligible for a ticket, guests will have toenter online and join Build-A-Bear's Bonus Club.

Now, you can enter for a chance to receive a ticket for a new bear or a birthday party experience. There's a limit of two bears per ticket.

Those who are not yet Bonus Club members can sign up for the program and complete a birthday profile in order to enter the Count Your Candles sweepstakes and Pay Your Age limited ticket offer, redeemable in stores only.

Those who win will find out via email around June 21, according to Build-A-Bear. Winners can use the offer during a certain redemption period, which will be written on the ticket, they added.

This year, the toy company is changing things up.

Last summer, Pay Your Age Day was a one-day event held in U.S., Canadian and U.K. Build-A-Bear stores that ended abruptly due to crowd sizes.

"When your child celebrates their birthday at Build-A-Bear Workshop, they get the full Build-A-Bear experience!" the company promises on its website.