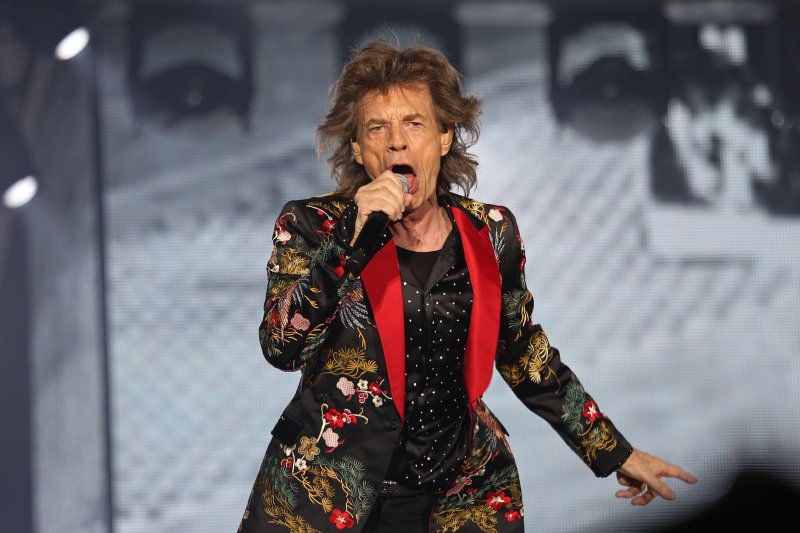 Six weeks after he reportedly underwent heart surgery, Mick Jagger is letting his fans know that he's back in performance mode with a spirited Twitter video.

The "Paint It Black" singer can be seen practising his famous moves in a mirror, giving anyone a quarter of his age a run for their money.

The Stones, of course, had to put their 2019 tour dates, including their only Canadian stop, at Burl's Creek Event Grounds in Oro-Medonte, Ont., on hold for Jagger's surgery, but recently announced that they're planning to get back on the road in July.

The Stones' frontman underwent a procedure a transcatheter aortic valve replacement, which is a minimally invasive procedure, on April 4.

Mick Jagger of the Rolling Stones performs during a concert of their "No Filter" European tour at the Orange Velodrome stadium in Marseille, France, June 26, 2018.

He wrote: "Thank you everyone for all your messages of support, I'm feeling much better now and on the mend - and also a huge thank you to all the hospital staff for doing a superb job".

A statement from the group on March 30 said: "Mick has been advised by doctors that he can not go on tour at this time as he needs medical treatment".

The band never viewed the procedure as "a serious thing" and predicted Jagger would be back on stage as soon as possible.