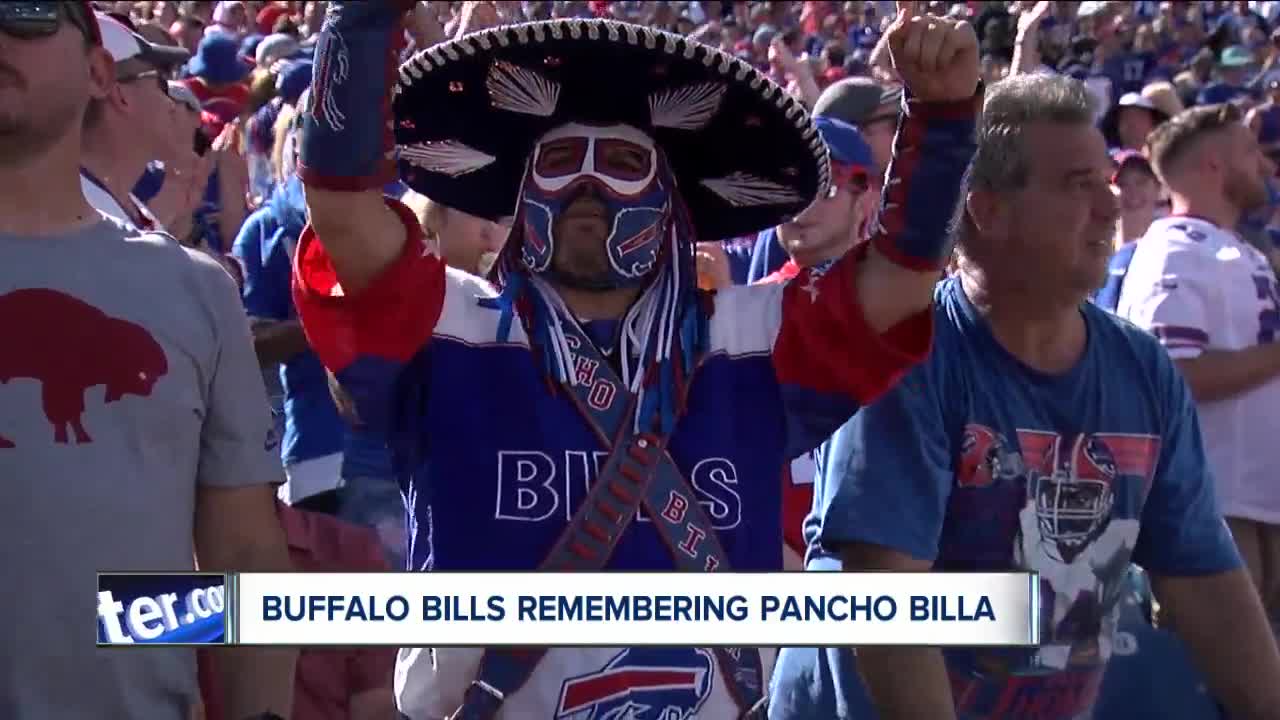 Buffalo Bills super fan Ezra Castro, who was known as Pancho Billa for his game-day outfit that includes a sombrero and facemask in the National Football League team's red, white and blue colors, died Tuesday after battling cancer.

"Our hearts (are) broken as we have lost our dear brother ezra "Pancho Billa" this morning", the family tweeted from Pancho Billa's Twitter account. "We are thankful and forever grateful for all the love and support during this journey. At this time we ask for privacy as we mourn our loss".

Kim Pegula, president and CEO of Pegula Sports and Entertainment, and president of both the Bills and Sabres, said in a tweet, "Pancho was a pillar of positive strength and energy for me and all of #BillsMafia".

A Texas native, Castro was diagnosed with stage four metastatic adenocarcinoma in 2017. He's been a tremendous inspiration for our team. He continued to attend the previous two NFL Drafts and Bills games after his diagnosis.

Full WWE SmackDown Live Match Spoilers From London
Andrade tried to grab the briefcase after the match but Ricochet stopped him and he grabbed it for himself and posed with it. After the match, the heel foursome continued to punish Reigns and The Usos until The Miz hit the ring to make the save. 5/15/2019

Student poses as food inspector, eats free KFC for a year
He would tell the employees that he was sent by the headquarters to conduct a quality check. However, instead of going to an outlet and buying KFC, he employed an "ingenious" way. 5/15/2019

LEAK: Apple’s New iPhone Might Feature A Crazy Looking New Camera
Mark Gurman and Debby Wu from Bloomberg have listed a set of features that will appear in the upcoming iPhone 11 . This will be done presumably by the intelligent use of the ultra-wide angle lens. 5/15/2019

Dodgers' Julio Urias arrested after allegedly shoving woman
However, the police apparently didn't believe her because he was arrested after witnesses and video were taken into consideration. Major League Baseball has had some serious problems with domestic abuse in the past, and it should never be taken lightly. 5/15/2019

Will 'American Idol' Return For Season 3?
Seacrest has more ties to ABC than just American Idol; he also hosts the daytime talk show Live With Kelly & Ryan. Perry made headlines back in 2017 when she signed onto the show for a reported $25 million a year. 5/15/2019

State of emergency declared, evacuations ordered amid central B.C. wildfire
An evacuation alert is in place for another area, meaning about 40 people there have to be ready to leave at a moment's notice. As of Saturday night, it was estimated to be about 260 hectares in size and was considered to be zero per cent contained. 5/15/2019

Jameela Jamil Opens Up About Her Decision to Have an Abortion
Jamil also expressed concern that the law would leave foster homes "indunated" with children who can not be properly looked after. Killer Films and Color Force have also followed suit. 5/15/2019

England vs Pakistan 2nd ODI in Southampton
In response, Pakistan knew they needed a spirited performance, and Imam Ul Haq and Fakhar Zaman did begin aggressively. Morgan feels that the experience of David Willey and Liam Plunkett would see them getting the nod for the World Cup. 5/15/2019