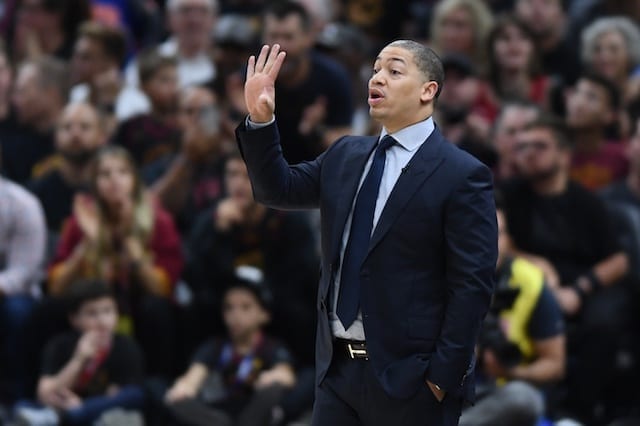 Kidd's interview was with general manager Rob Pelinka, as well as team executive Kurt Rambis and was conducted at the team's practice facility in El Segundo, California.

Kidd was sacked as the Bucks' head coach in January 2018. He was sacked this season after an 0-6 start.

The Los Angeles Lakers must have liked what they heard from Ty Lue when they interviewed him for the club's head coaching vacancy last week.

The team and former head coach Luke Walton, who has since been hired by the Sacramento Kings, parted ways on April 12.

Kidd, in five seasons as an National Basketball Association head coach, has a 183-190 record.

Kidd joins former Cleveland Cavaliers coach Tyronn Lue and Philadelphia 76ers assistant coach Monty Williams as coaches who have interviewed for the position. ESPN reported Monday the Phoenix Suns are targeting Williams for their opening. Kidd and James were Olympic teammates in 2008, when Team USA won a gold medal in Beijing.