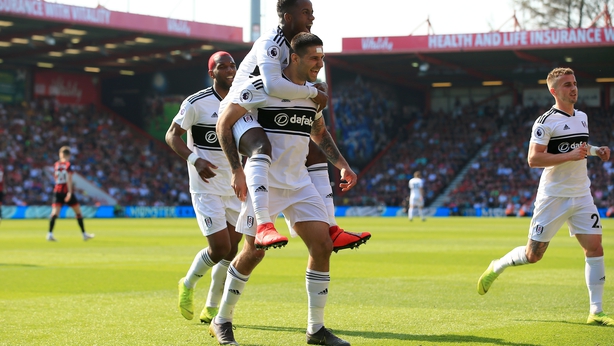 Watford star Gerard Deulofeu was delighted with his brace for victory over Huddersfield Town.

"That's a big reason why they are in the FA Cup final and a good position in the league, so we knew it wouldn't be easy".

The visitors opened the scoring inside five minutes after an effort from Abdoulaye Doucoure was blocked by Huddersfield centre back Terence Kongolo inside the area, only for Deulofeu to slot home a curling effort.

"This week is going to be tough with Southampton and Wolves", former Barcelona winger Deulofeu said.

Only a save from Jonas Lossl prevented Ken Sema from doubling his side's tally but Huddersfield, who brought on teenage midfielder Matty Daly for a debut with 41 minutes of the match played, also came close through Isaac Mbenza's well-struck attempt that forced Ben Foster to scamper across his goal.

Huddersfield improved as the match went on and almost levelled when Steve Mounie hooked a shot over the bar, shortly before an off-balance Aaron Mooy was denied by Foster.

Huddersfield found themselves a goal down in the fifth minute following an unfortunate error.

What does it mean?

Finishing seventh this season could offer Watford a route into Europa League qualifying, though they could yet welcome European football back to Vicarage Road by beating Manchester City in next month's FA Cup final. At the end of the season we can achieve something really special for us.

It was the Deulofeu's ninth league goal of the campaign, continuing his sparkling run of form after his two strikes against Wolverhampton Wanderers put Watford in the FA Cup final. Profiting from Deeney's absence following his red card in the defeat to Arsenal on Monday, the Spanish attacker took his early chance when it arrived, tested Lossl with a couple more efforts and then doubled his tally late on.

The Terriers, who became only the second club after Derby in 2008 to be relegated from the Premier League in March, lost their 14th league game at home this season to match Sunderland's mark set in 2002/03 and 2004/05.

"We were really in the game for me", Siewert said.

- Gerard Deulofeu has scored six goals in his last five Premier League away games for Watford.