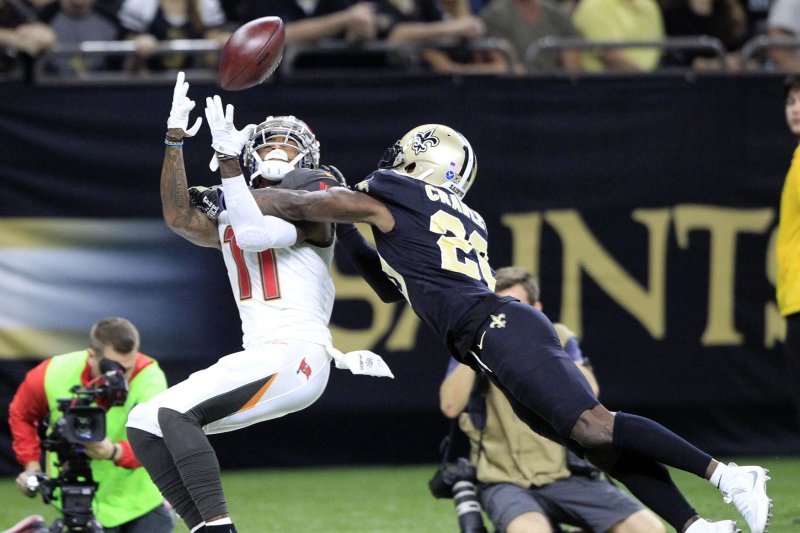 The auto, a blue 2016 Chevy Silverado, was found abandoned after crashing into a tree with two hollow-point.38-caliber bullets and 6.3 grams of marijuana inside.

"The case involving Buccaneers wide receiver DeSean Jackson's wrecked vehicle found abandoned with bullets and marijuana inside is now inactive because they don't have any witnesses or evidence to place the driver behind the wheel at the time of the crash, the Tampa Police Department said Thursday", Jenna Laine of ESPN reported. Possession in Florida of less than 20 grams of marijuana is a misdemeanor.

Jackson was contacted by authorities and later responded to the scene, telling police that he was not operating the vehicle at the time of the crash.

"It was a friend of DeSean's who borrowed his auto while he was out of town", said Denise White, who represents Jackson. "The incident is being handled".

The case stalled as Jackson didn't follow up with the report, and Fontenote has not come forward, even though there were warrants for his arrest at the time of the crash due to outstanding traffic violations.

Tampa police say that the vehicle was impounded.

They also believe Jackson was a victim and had no role in the incident. A vehicle registered to Jackson was found wrecked on Christmas Eve, but Jackson told police he wasn't driving, and that neither the bullets nor marijuana belonged to him.

There are still no answers when in comes to who wrecked DeSean Jackson's vehicle. He missed his first game of the season last week because of an ankle injury but was a limited participant in Wednesday's practice.