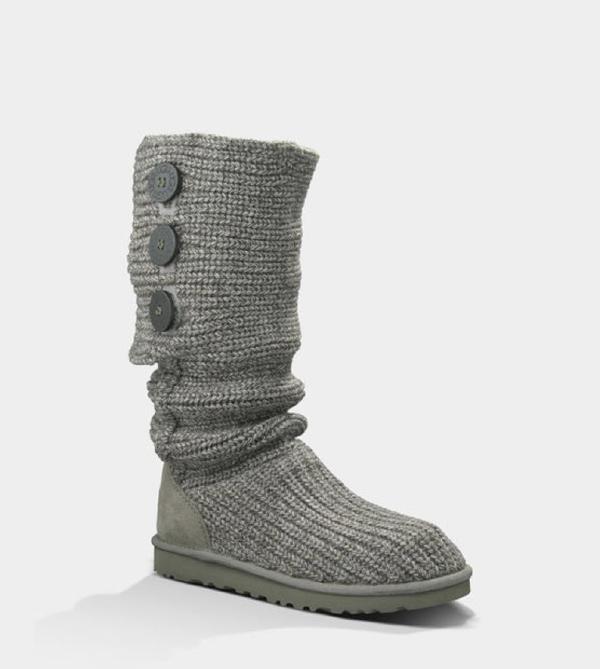 While even regular Ugg boots remain a polarizing trend in the fashion world, style enthusiasts are now going to have to come to terms with thigh-high Uggs.

With the temperature plummeting, they could be the ideal thing to keep the legs cosy this winter. Y/Project's creative director Glenn Martens explained of his vision: "So we made a decision to design an Ugg boot that climbs up to the crotch and covers the whole leg".

Per Vogue, Y/Project rolled out a collaboration with Ugg at Paris Fashion Week Men's yesterday.

"Putting on Uggs is like putting your foot in a warm pot of butter, and I thought why not elevate that and immerse your full legs!"

"By reworking the Classic boot with a typical Y/Project twist such as the triple overlaps and the extra-long legs we want to celebrate the UGG brand's unique history", he continued.

The one (okay sure, in retrospect, there are many.) problem? "Friends, I regret to inform you that thigh-high Uggs exist now", wrote Twitter user Kim Bhasin.

The Newest: Baggage limbo: Baggage nonetheless lacking after JFK woes
The six terminals at JFK are subcontracted by the airlines and managed by independent operators. Kennedy International Airport, which left passengers stranded and without their baggage, Sen. 1/19/2018