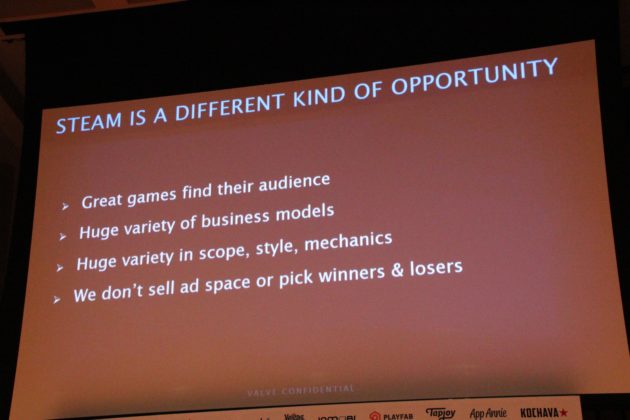 Valve's online service, Steam, is a juggernaut in the PC gaming space-and it's only continuing to grow. By comparison, PlayStation Network had 70 million monthly active users by Sony's latest count, while Xbox Live had 53 million monthly users. According to Polygon, present right in the front row of the company's presentation was GeekWire and it snapped quite a few pictures of the slide deck, which shows an impressive 18 months of growth.

Another big number included in Valve's presentation was 27 million. Since January 2016, Valve has added 27 million new gamers to Steam, or 1.5 million per month for 18 months. Back in 2015, Steam had around 8.4 million concurrent users taking part in the PC gaming, but at the most recent conference, Valve said that that number has skyrocketed to 14 million concurrent numbers as of now. Asia accounts for 17 percent of sales thanks to greater sales from China, Korea and Japan.

Breaking the numbers into region, the United States scoops up 34% of Steam gamers, while Europe is home to 29%. But there's a case to be made that Steam is the most readily available platform there is, since anyone with a laptop can create a free account, so its growth shouldn't be considered all that much of a surprise.